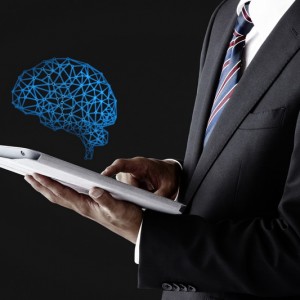 If there’s one thing we know for sure about mobile app development, it is the fact that it is not static. In other words, developers are always looking for the next big thing that will keep their customers coming back for more. The more functionality developers can build into mobile devices by way of their apps, the more their customers will want new software capable of doing things never before possible. Enter artificial intelligence.

There are a number of technologies that are in high demand right now, one of them being artificial intelligence. We have reached a point in mobility in which end-users want their apps to display some level of artificial intelligence. They want mobile devices that are capable of doing more with less input from them. This desire was the whole impetus behind electronic personal assistant technologies such as Siri and Alexa. iOS development in 2017 includes finding ways to make a new app usable with Siri in some way. There’s a good reason for that. The younger generation that makes up a large percentage of iOS users has grown up with technology. They don’t remember when making a phone call required using a rotary dial phone or cooking was more than using the microwave.

Their natural leaning toward technology is such that they have come to expect their mobile devices to be capable of doing things we never thought possible just a decade ago. To them, artificial intelligence is not an added feature invented as a result of iOS app development; it is simply the next logical step in making mobile devices more usable.

Hand-in-hand with consumer demand is the ever-increasing competition among enterprise mobile app customers. In simple terms, the biggest corporate names in the world are adding apps to their digital arsenals at a blinding rate. They are competing to dominate their own spaces with enterprise-level apps for their employees and consumer level apps for their customers.

The thing to understand is that enterprise-level customers are demanding artificial intelligence just as much as consumers. They want apps that intuitively make their businesses leaner and meaner. Whether a platform is driven by iOS or Android app development is irrelevant as long as the result is an enterprise app that performs up to expectations.

3. The Introduction of Ambient Intelligence

The strength of ambient intelligence is its ability to enhance business productivity. This is where enterprise-level customers are hoping app development goes. Today we are no longer talking about simple, one-page applications that make it easier for workers to share information on the go. We are talking about an environment that allows those same workers to use mobile devices to do anything they would do sitting behind a desktop machine.

Both iOS and Android development are being refocused toward the enterprise community as the consumer space becomes overcrowded. Yet the demand for artificial intelligence is growing in both spaces. That demand is having a significant impact on how software is developed.